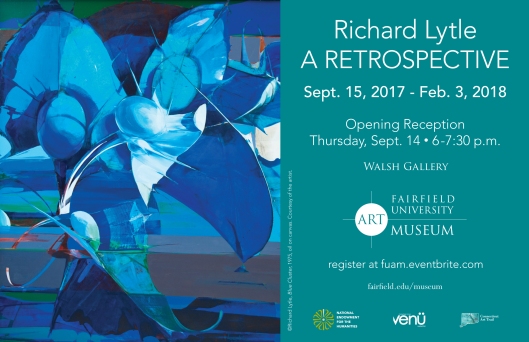 Richard Lytle: A Retrospective will be on view at the Fairfield University Art Museum from September 15, 2017 – February 3, 2018; an Opening Reception will take place on Thursday, September 14, from 6-7:30 pm in the Walsh Gallery in the Quick Center for the Arts. The exhibition and reception are free and open to the public.

Richard Lytle (American, b. 1935) has been exhibiting his work internationally since the mid-1950s. He attended the Cooper Union, then graduated from Yale University with a BFA in 1957 and from Yale College of Art with an MFA in 1960. While still in graduate school, he was selected for Dorothy Miller’s seminal 1959 “Sixteen Americans” at the Museum of Modern Art in New York. He was in auspicious company, as this exhibition introduced the museum-going world to Jasper Johns, Frank Stella, Robert Rauschenberg, Louise Nevelson and Ellsworth Kelly among others.

Lytle’s paintings and drawings have been included in many solo and group exhibitions including at the Whitney Museum of American Art, Yale University Art Gallery, Harvard University and elsewhere, and have been featured at American Embassies around the world and at the World’s Fair in Seattle. He has received many prestigious awards including the Saint-Gaudens Medal and the Citation for Professional Achievement from Cooper Union. His work is to be found in many public and private collections including the Yale University Art Gallery, the Albrecht-Kemper Museum of Art, the Museum of Modern Art, the Smithsonian American Art Museum, and the Williams College Museum of Art. 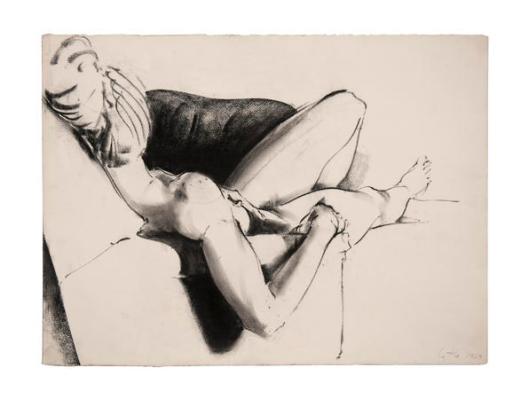 Mastery of color is a hallmark of Lytle’s work, which ranges from realist to abstraction, and which has always found its inspiration in the organic world. His dreamlike images move across spaces suggestive of landscapes, often in joyful biomorphic abstraction. Some focus on plants and natural shapes that are magnified beyond recognition, while others include elements chosen by the artist for their sensuous colors and patterning.

Richard Lytle’s connection to Fairfield University dates back to a commission he received for drawings for the exterior bas-relief sculptures for the Barone Campus Center in 1965. The sculptures are now visible inside and on the exterior of the newly completed Tully Dining Commons building. Organized as part of the celebration of Fairfield University’s 75th anniversary, this retrospective is a celebration of that long relationship. It includes Lytle’s original drawings for the bas-reliefs – a recent gift to the museum from the artist – early charcoal drawings from the 1960s Nude Figures Series, a selection of Pod Series drawings from the 1970s, as well as watercolors and large oil paintings spanning the breadth of Lytle’s career.